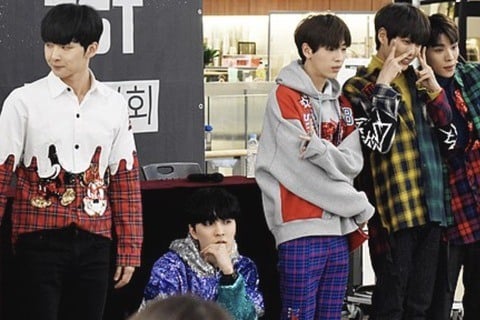 South Korean K-pop boyband known for its charting singles "Love Story" and "Paradise." The group released its debut EP Time's Up in January of 2017.

In 2019, member K announced that he would be enlisting in mandatory military service. Member Yohan passed away at the age of 28 on June 16, 2020.

The band is composed of members: Ain, K, Wooyoung, Junghoon, and Yonghyun.