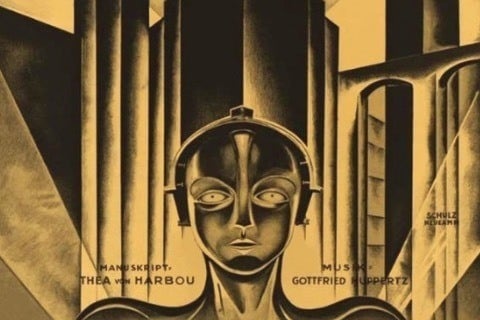 Fritz Lang silent film considered an influential film for science fiction. The German expressionist movie is set in a futuristic city where the son of the city's mastermind falls in love with a prophet who predicts the coming of a savior to mediate the differences between the working class and the city planners.

Numerous versions of the movie have existed. The original edit was 153 minutes while a 1927 US edit clocked in around 106 minutes. A restored version was released in 2001 and 2010. Their run-times were 124 minutes and 148 minutes, respectively.