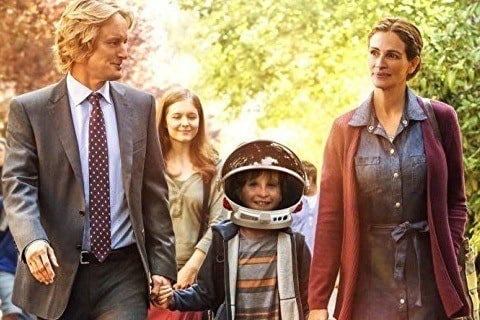 Based on the novel of the same name by R.J. Palacio, this film follows a young boy with facial deformity attending school for the first time.

The film was directed by Stephen Chbosky who previously directed the 2012 film The Perks of Being a Wallflower. Singer Bea Miller composed the song "Brand New Eyes" for the film. It earned a 2018 Oscar nomination for Best Makeup and Hairstyling.