The Way He Looks 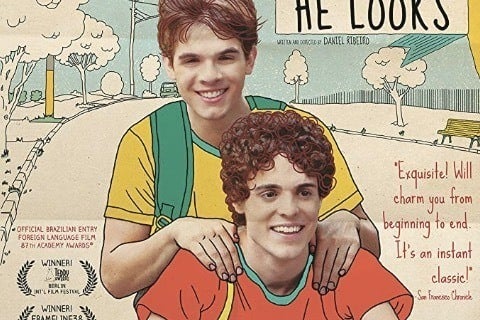 Brazilian coming-of-age film about a blind teenager seeking independence whose life is completely changed when a new guy shows up. The movie was written, produced and directed by Daniel Ribeiro, and was based on Ribeiro's 2010 short film I Don't Want to Go Back Alone.

The Portuguese title of the film is Hoje Eu Quero Voltar Sozinho. It won two awards at the 64th Berlin International Film Festival and was the Brazilian entry for the Best Foreign Language Film at the 87th Academy Awards, but was not nominated.

The Way He Looks Popularity