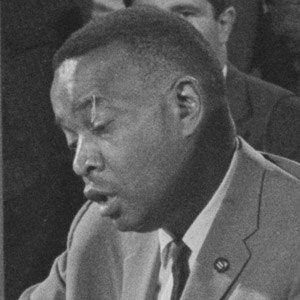 Remembered for his Mississippi-chapter leadership of the National Association for the Advancement of Colored People (NAACP), this civil rights activist also founded the Mississippi Freedom Democratic Party and later served in the Mississippi House of Representatives.

After graduating from Coahoma Country Agricultural High School in Mississippi, he served in the United States Army. Later, studying under the G.I. Bill, he earned a degree in pharmacy from Xavier University in Ohio.

He was born in Dublin, Mississippi to sharecroppers Mattie and Ed Henry. He later married a woman, but also carried on a same-sex relationship with a man named Gullum Erwin.

He and physician T.R.M. Howard were founding members of the Regional Council of Negro Leadership (RCNL).

Aaron Henry Is A Member Of