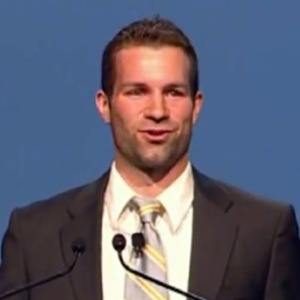 Fitness guru who has authored many bestselling books on health, including Intro to Paleo (2012) and The Wild Diet (2016). Additionally, he has hosted the very popular fitness podcast Fat-Burning Man.

He was valedictorian at New Hampton School before earning a degree in psychological and brain sciences from Dartmouth College.

He married Alyson Bridge in January 2015.

He has been interviewed by Dave Asprey.

Abel James Is A Member Of