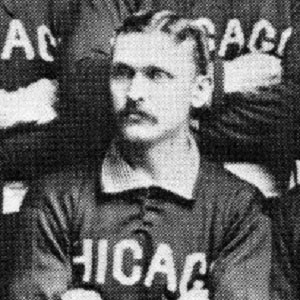 Left fielder for the Chicago White Stockings who was one of the best power hitters of the deadball era.

He broke into the major leagues with Milwaukee, and joined the White Stockings in 1879, staying for the next seven years among the league leaders in home runs.

His reputation for hitting home runs was so prevalent that in 1891 he was intentionally walked with the bases loaded - the first time this was done.

He was born in Gratiot, Wisconsin.

The feats of slugging he accomplished in the American League, Cy Williams had in the National League.

Abner Dalrymple Is A Member Of