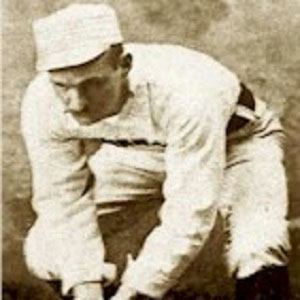 Former MLB second baseman known mostly for his fielding. He spent his entire 18-year career with the Cincinnati Red Stockings and Reds.

He began his professional baseball career in 1877 with the Davenport Brown Stockings of the Northwestern League.

He was the last MLB second basemen to play without a glove.

His father, John, was a Scotchman who earned his living as a saddlemaker.

In February 2000 he was elected to the Baseball Hall of Fame along with Sparky Anderson.

Bid McPhee Is A Member Of