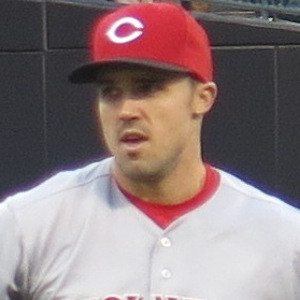 Outfielder and first baseman who was selected to the 2016 All-Star Game as a member of the Cincinnati Reds. He spent his first season in the league with the San Francisco Giants in 2014.

He traveled around during his collegiate career, playing at Western Kentucky University, Chipola College and the University of Louisville. The Giants selected him in the 11th round of the 2010 draft.

He was born in Louisville, Kentucky to parents Alvin and Jeana Duvall. He has a brother named Austin.

He competed against 2015 derby champion Todd Frazier in the 2016 MLB Home Run Derby.

Adam Duvall Is A Member Of