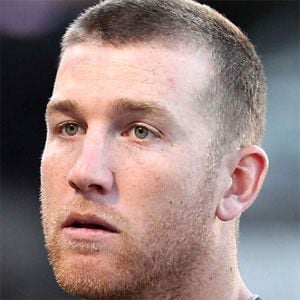 Third baseman who debuted for the Cincinnati Reds in 2011 and hit .273 with 19 home runs in 2012 to finish third in NL Rookie-of-the-Year voting. He won the 2015 Home Run Derby. After his time in Cincinnati, he went on to play for the Chicago White Sox and New York Yankees.

He was named the MLB Players Choice NL Outstanding Rookie in 2012.

On May 27, 2012, he homered off crafty lefty Jamie Moyer even though the bat flew out of his hands as he completed his swing.

Todd Frazier Is A Member Of