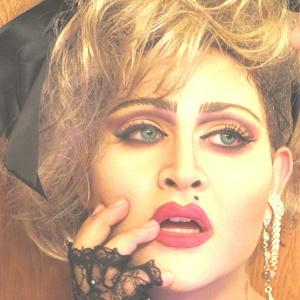 Also known by his drag persona Venus D Lite, he became the world's #1 Madonna impersonator. He appeared on The Ricki Lake Show in 2003 and later would become a personality on RuPaul's Drag Race in 2010.

As a young child, he always had a passion for the performing arts. He would put on shows for his family and perform in talent shows in school. At 17 he met his boyfriend Eddie Leyva, AKA Eddie D Lite, and Leyva saw the potential in Adam, convincing Adam to dress up as Madonna one night for a Madonna Night at Tigerheat Nightclub in Hollywood.

He competed in a number of drag competitions, including Southern California's infamous Drag Idol Competition, winning the title four times. He was featured in the film Miss Congeniality Part 2 and the TV show The Comebacks.

He was born in Los Angeles as Adam Daniel Guerra. He and Eddie broke up after 11 years of dating.

Adam Guerra Is A Member Of