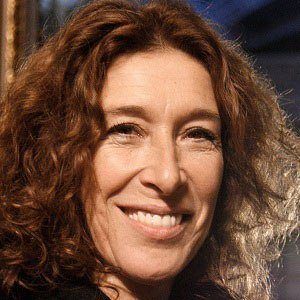 Famous for her roles in the German-language television series Tatort (as Bibi Fellner), Four Women and a Funeral (as Julie Zirbner), and Doctor's Diary (as Elke Fisher), Neuhauser is also notable for her stage work, which includes performances of Macbeth and Medea (both at the Theater Regensburg).

After completing her performing arts training at Austria's Schauspielschule Krauss, she relocated to Germany and began a career as a professional stage actress.

In both 2012 and 2013, she won the prestigious Romy television acting award.

She and her artist brother, Peter Marquant, were born in Athens, Greece, and raised primarily in Vienna, Austria, by their Greek father. Before ending in divorce, her marriage to Zoltan Paul produced a musician son.

She and Nina Hoss are both known for their screen roles, as well as for their work on the German stage.

Adele Neuhauser Is A Member Of