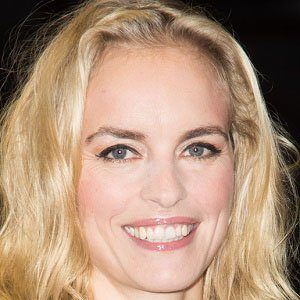 German actress who won Adolf Grimme Awards for her work in the films Something to Remind Me and Wolfsburg, both directed by Christian Petzold. She is also an acclaimed theatre actress, performing at Berlin's Deutsches Theater from 1998 to 2013.

She was born in Stuttgart and was acting in radio plays by age 7. She made her stage acting debut at age 14.

Her father is German politician Willi Hoss. Her mother Heidemarie Rohwede is a theatre actress.

She appeared with Philip Seymour Hoffman in one of the late actor's final films, 2014's A Most Wanted Man.

Nina Hoss Is A Member Of