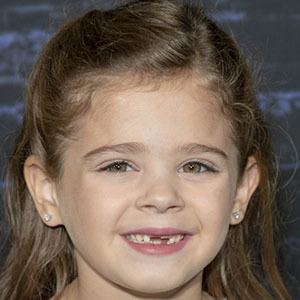 Actress who is best recognized for her recurring television roles. She is best known for having portrayed Emma Abar in the HBO 2019 series Watchmen.

She first asked her mom if she could start acting at the age of 5. In 2018, she was cast in a discrete project in Atlanta titled "Brooklyn" which eventually became known as Watchmen.

She is also known for having appeared on an episode of the morning show Good Day Atlanta in November of 2019.

She was born and raised in Charlotte, North Carolina and was inspired to perform by her mother Ashlie. She has a brother named Steve III and a sister named Hadlie.

She is known for playing the daughter of fellow actress Regina King on the series Watchmen.

Adelynn Spoon Is A Member Of