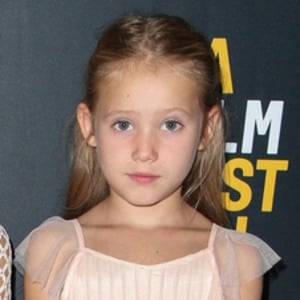 Actress who is widely known for her role as Holly Wheeler on the widely popular Netflix series Stranger Things. She starred in each episode throughout the series' first season in 2016.

She earned her first on-screen appearance in the 2016 film Allegiant. She found her first prominent speaking role upon being cast in Stranger Things.

She has also appeared in The Walking Dead as Judith Grimes between 2013-2016.

Her identical twin sister Anniston is also an actress.

She appeared alongside Finn Wolfhard on the Netflix series Stranger Things.

Tinsley Price Is A Member Of