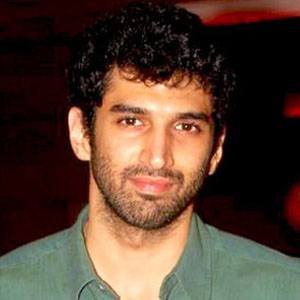 Emerging Bollywood star who had his breakout role in the 2013 film, Aashiqui 2. In 2017, he starred in Hindi romance Ok Jaanu.

He began his entertainment career as a television VJ on India's Channel V.

He acted in the films Action Replayy, Guzaarish and Assi Nabbe Poorey Su.

He is the son of former Miss India Salome Roy Kapur. He has two siblings named Kunaal and Siddharth. He dated actress Shraddha Kapoor.

He had a supporting role with Aishwarya Bachchan in the 2010 romantic drama Guzaarish.

Aditya Roy Kapur Is A Member Of