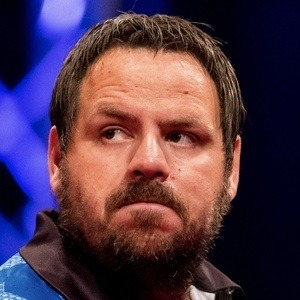 He earned his first major victory at the British Teen Open in 2003.

He married Sarah Lewis on August 6, 2012; he has two children, Myla and Matthew.

He was unsuccessful in an attempt to win his third consecutive World Championship when Phil Taylor won in 2013.

Adrian Lewis Is A Member Of