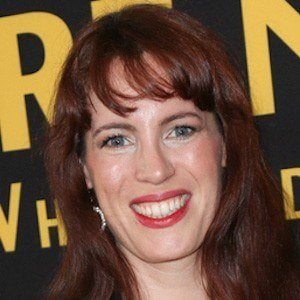 German actress who has appeared in Alesia: Ground Zero and Android Cop. She played a prison guard in the Fox television show Prison Break.

One of her earliest roles was as Kleines Mädchen in the 1993 TV show Tatort.

She studied at the Stella Adler Academy of Acting in Los Angeles.

Her mother has been a German painter named Marion Jansen-Baisch.

She acted alongside Vin Diesel in the 2009 film Fast & Furious.

Adrienne McQueen Is A Member Of