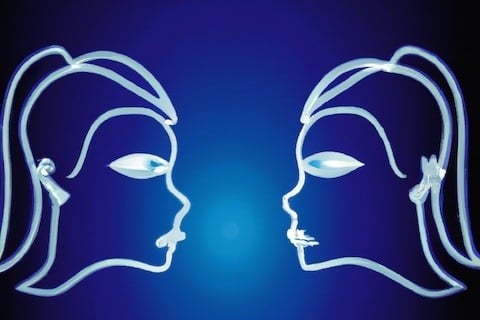 Astrological sign which has a name that is Latin for “twins.” It is represented by the twins Castor and Pollux of Greek and Roman mythology. It is the third sign of the Zodiac. Geminis are often characterized as being adaptable and energetic.

NASA launched Project Gemini in 1961, naming it after the Gemini sign because the spacecraft was made for two astronauts. In 2015, the rock band Alabama Shakes released a song called "Gemini," which was in reference to the astrological sign. The rapper Sage The Gemini drew his name by way of being born as a Gemini.