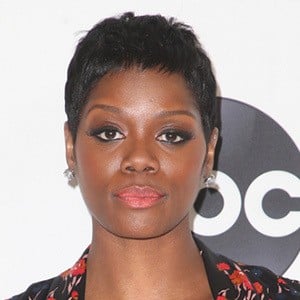 Star of the ABC police procedural The Rookie in the role of Police Officer Talia Bishop who was later cast in the 2019 Netflix film Otherhood as Julia. She had also starred in HBO's limited series The Night Of as Officer Wiggins.

She graduated from Eastern Michigan University before earning her Master's from the Alabama Shakespeare Festival.

She went public saying that she quit The Rookie due to racial discrimination, sexual harassment and assault.

She was born in Toledo, Ohio.

The Rookie
Banshee
The Night Of