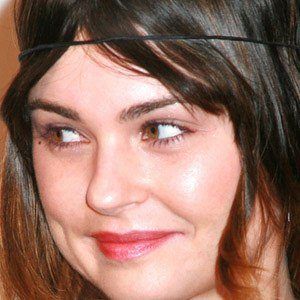 Occasional actress and singer best known for being the daughter of Ozzy Osbourne.

She first appeared in the 1991 documentary Ozzy Osbourne: Don't Blame Me at the age of nine.

She declined the opportunity to star in The Osbournes with her parents and her sister.

She has two siblings, Kelly Osbourne and Jack Osbourne.

Her mother is Sharon Osbourne.

Aimee Osbourne Is A Member Of