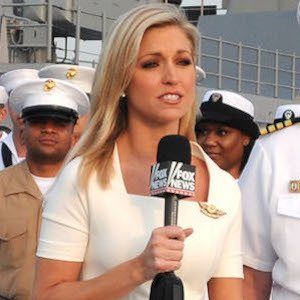 American television journalist best known for being a co-host on Fox and Friends First. In 2007, she won University of South Carolina's Young Alumni Award.

She attended the University of South Carolina and graduated with a bachelor's degree in journalism in 1999.

While she was anchoring in South Carolina, she was voted "Best Personality of the Year" in Columbia Metropolitan Magazine.

She was married to Kevin McKinney from 2005 to 2009. In 2012, she married Will Procter; they have a daughter named Hayden together.

She co-hosted Fox and Friends First with Heather Nauert.

Ainsley Earhardt Is A Member Of