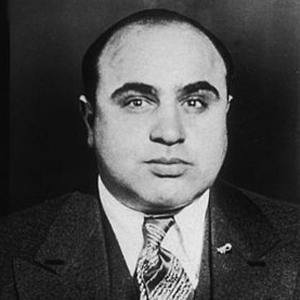 Notorious American gangster and crime lord of the 1920s. He famously led the Chicago Outfit, a crime organization active during the Prohibition era.

After he dropped out of high school, he worked in a candy store and a bowling alley.

His life of crime inspired numerous films, including The St. Valentine's Day Massacre, Capone, and The Untouchables.

He was born in New York City to Italian immigrant parents. He married Mae Josephine Coughlin, the mother of his child, in 1918.

He was an infamous leader of organized crime during the Prohibition age; George Machine Gun Kelly was another notorious American gangster of this period.

Al Capone Is A Member Of