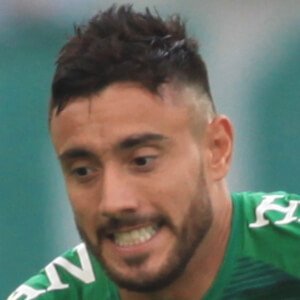 With a passion for the sport at a young age, he began playing professionally for Juventude. His senior debut occurred on January 20, 2009. He was later loaned to both Pelotas and Luverdense before joining Chapecoense permanently.

He is known for being one of just six survivors in the crash of LaMia Airlines Flight 2933, which killed 71 people including 19 other Chapecoense players.

He was born and raised in Nova Hartz, Brazil.

As a professional football player from Brazil, he can be seen in relation to other professionals from the same area including Pele, Ronaldinho, Neymar, and Ronaldo.

Alan Ruschel Is A Member Of