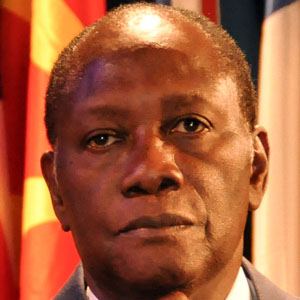 During the early 1990s, while affiliated with the Democratic Party of Côte d'Ivoire (also known as the African Democratic Rally), this politician served as his country's Prime Minister. In 2010, after joining the Rally of the Republicans, he took office as fifth President of the Ivory Coast.

After earning a bachelor of science degree from Drexel University, he received a doctorate in economics from the University of Pennsylvania.

In the late 1960s and early 1970s, he worked for Washington, D.C.'s International Monetary Fund.

During the late 1990s and early 2000s, he and Senegalese politician Abdou Diouf both held the offices of Prime Minister and President in their respective West African countries.

Alassane Ouattara Is A Member Of