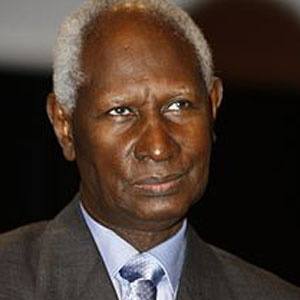 President of Senegal from 1981 to 2000 who actively promoted AIDS awareness in Senegal. He is one of the few leaders of West Africa to come to power via a peaceful succession and also leave office willingly after losing a Democratic election.

He studied Law at Dakar University, and graduated from the Sorbonne, Paris in 1959.

He became the Secretary-General of the Socialist Party in 2003 and at 6 ft 6 inches (198 cm) in height, he is the tallest ever world leader.

He was born in Louga and he is the child of an Hal Pulaar mother and a Serere father.

He was Prime Minister under President Leopold Sedar Senghor and was his protege.

Abdou Diouf Is A Member Of