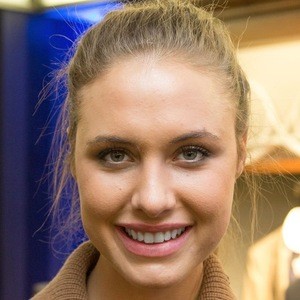 Model and TV show host who has been represented by the agency called Vivienne models.

She was discovered by a German modeling agency at the age of 13.

She was the face of the Streetparade in 2010, which is the Swiss version of Loveparade.

She married Clemens Fritz in 2017.

She and Sidney Hoffmann are both TV show hosts from Germany.

Alena Fritz Is A Member Of