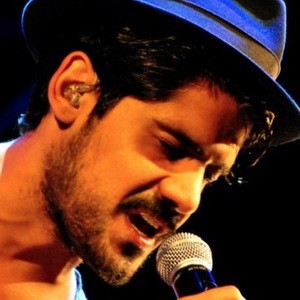 Singer/songwriter simply known as Mannerino. Originally from Italy, he's known for his pop/folk sound and has been represented by Universal Music Italia record label.

He started his career giving concerts that featured DJ mixes as well as acoustic sounds.

Of the four studio albums he's produced, all four have been certified gold by the Federation of the Italian Music Industry.

He's originally from the Monti neighborhood of Rome.

Emma Muscat and Andrea Faustini are both pop singers from Rome.

Alessandro Mannarino Is A Member Of