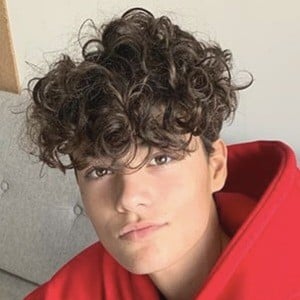 Social media influencer and Instagram model best known for posting fashion and lifestyle photos on his alessio_de_martino account. He has gone on to garner more than 130,000 followers on the platform.

In 2015, he shared his first photo from a streetwear campaign.

He was a member of the group Wijzijn Spaze. He also is a musician, and has released original songs across some of the major streaming platforms. His Spotify audience had grown to reach over 149,000 monthly listeners by May of 2022. He'll also release music videos to his self-titled YouTube channel.

He was born in the Netherlands. He has a younger sister named Sienna.

He posted a photo with Marco Spadaro on his Instagram page.

Alessio De Martino Is A Member Of