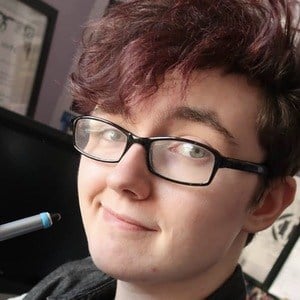 Illustrator and artist who specializes in character designs as well as digital illustration. Often inspired by Dungeons & Dragons and tabletop games, he shares his works from initial sketches to finished illustrations through Instagram for his over 90,000 followers.

He first started sharing his artworks through Instagram in June of 2017. He then created a YouTube channel in July of 2017 where he gained attention and earned over 170,000 subscribers.

In addition to illustration works, he is also a photographer who is known for sharing both his nature shots and street oriented photography through his ABD Illustrates website.

He was born and raised in Brighton, United Kingdom.

Other illustrators with a similar digital style also from the United Kingdom include PeachbyStudy and Billy Bogiatzoglou.

Alex Brennan-Dent Is A Member Of