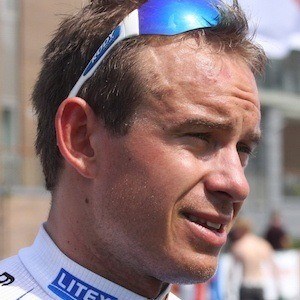 Norwegian cyclist who represented his country at the 2012 Olympic Games, where he won a bronze medal. He's raced professionally for Team Katusha since 2012.

He started riding when he was six years old and competed in the Youth Olympics. He turned professional in 2006.

He married Maren Kristoff in 2014 and has a child.

Rigoberto Uran won silver in road race at the 2012 Olympics.

Alexander Kristoff Is A Member Of