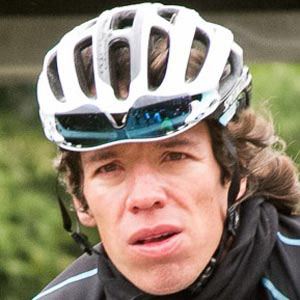 Professional cyclist and winner of the silver medal in road racing at the 2012 Summer Olympics.

He was a lottery seller in Colombia.

He was the first Colombian ever to make the podium of the Giro d'Italia.

His father was assassinated by a Colombian terrorist group in 2001.

He took over the leadership of Team Sky at the 2013 Giro d'Italia following the abandonment of team captain Bradley Wiggins.

Rigoberto Urán Is A Member Of