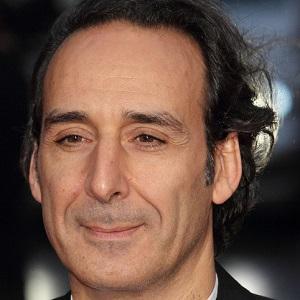 Film composer who earned Original Score Academy Award nominations for "Argo," "The King's Speech," "Fantastic Mr. Fox," and "Philomena." He also provided the soundtracks for commercially successful film Harry Potter and the Deathly Hallows-Part 1, which became the third-highest grossing film in the series.

He learned to play the piano, flute, and trumpet at age five. He would go on to work on many French films.

He won his first BAFTA Film Best Music Award for "The King's Speech" in 2011.

He was born to a French father and a Greek mother. He grew up with older siblings Marie-Christine and Rosalinda.

He composed the score for "The Curious Case of Benjamin Button," which starred Brad Pitt .

Alexandre Desplat Is A Member Of