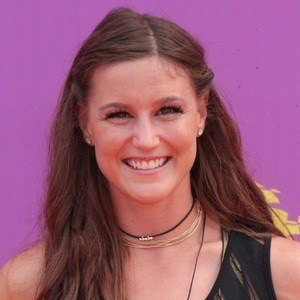 American BMX racer nicknamed "The Beast" who, at age 15, became the youngest woman ever to hold the national pro women's title. She has earned numerous racing championships and represented the United States at the 2012 Summer Olympics in London.

She started racing in 1997. She backed out of her first race after being intimidated by the steepness of the starting hill.

She became the first female to earn the top spot in all three women's division classifications: Amateur, Cruiser and Professional.

She got engaged to Australian BMX cyclist Sam Willoughby in December 2015.

She and Mariana Pajon both competed at the 2012 Summer Olympics.