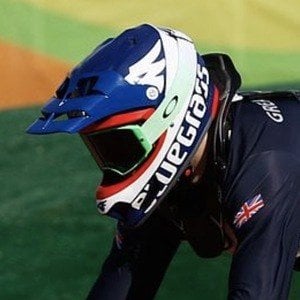 BMX racer most famous for winning the UCI BMX World Championships in 2013. He previously won the European title in 1999, when he was just eleven years old.

He won ten straight British BMX championships between the ages of five and fourteen.

He represented Great Britain at the 2008 Summer Olympics in Beijing, the first time the sport had been included in the Games.

His father was a national BMX coach and founded a Burnham BMX club.

He and Donny Robinson are both winners of the UCI BMX World Championships.

Liam Phillips Is A Member Of