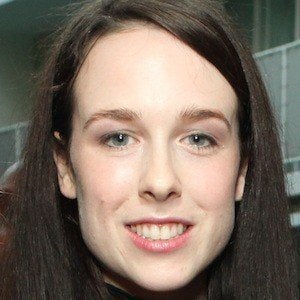 Synthpop artist who became best known for her single "Catch," which hit the #55 spot on the Canadian Billboard Hot 100. She put out an EP called CollXtion I in April of 2015.

She studied classical piano and voice at the Interlochen Arts Academy before graduating from Sheridan College's Musical Theater Performance program. She began her musical career with the stage name Allie Hughes in 2006 when she performed indie, melodramatic pop.

She was eliminated after two episodes from the Canadian show How Do You Solve a Problem Like Maria? in 2008. An as actress, she has been seen in Instant Star, Triple Sensation, The Boys in the Photograph and Being Erica.

She was born Alexandra Ashley Hughes in Oakville, Ontario, Canada.

She co-wrote seven of the tracks from the Troye Sivan album Blue Neighbourhood, including two of three singles "Talk Me Down" and "Youth."

Allie X Is A Member Of