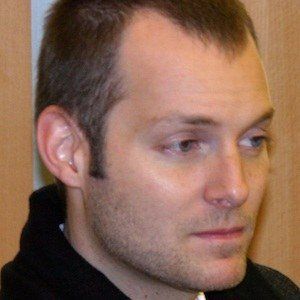 Game designer who gained prominence for designing "American McGee's Alice" in 2000 and its sequel "Alice: Madness Returns" from 2011. His brands included Spicy Horse and Spicy Pony.

He worked level design, music production, and sound effects at id Software, makers of "Doom II," "Quake," and "Quake II." He left id in 1998 and was hired as a creative director at Electronic Arts.

His mother was originally going to name him Obnard but eventually went with American.

He stated that his mission was "to create a unified production method for storytelling across the interactive and film industries" and said that he wanted to become the next Walt Disney.

American McGee Is A Member Of