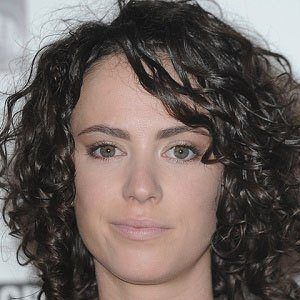 Scottish actress known for her roles on several popular television series, including Atlantis, Outcasts, Being Human, and Torchwood. She is also recognized for her work in the films Not Another Happy Ending and Estranged.

She trained at London's Central School of Speech and Drama and went on to make her screen acting debut in a 2006 episode of The Bill.

Her performance in the National Theatre of Scotland's 2008 production of Luigi Pirandello's Six Characters in Search of an Author won her a Scottish Theatre Critics' Award.

She and her siblings James and Ailsa spent their early years in Aberdeenshire, Scotland. She later lived and worked in London, England.

In 2013, she appeared with Ford Kiernan in a two-part episode of the TV series The Field of Blood.

Amy Manson Is A Member Of

Once Upon a Time
Spencer
The Nevers
Not Another Happy Ending