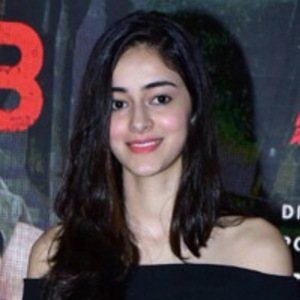 Indian actress who's best known for her debut role in Karan Johar's Student of the Year 2. She has earned over 22 million followers on Instagram.

Some of her favorite actresses are Emma Stone and Jennifer Lawrence.

Her parents are Chunky Pandey and Bhavna Pandey. She has a sister named Rysa.

She starred in Student of the Year 2 alongside Tiger Shroff and Tara Sutaria.

Ananya Pandey Is A Member Of