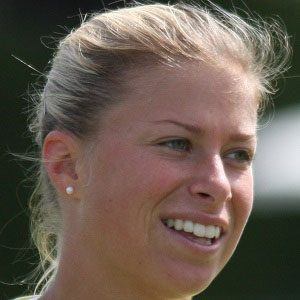 Czech tennis player who won Grand Slam doubles titles with partner Lucie Hradecka at the 2011 French Open and 2013 U.S. Open. With Hradecka, she also took home silver at the 2012 Summer Olympics in London.

She was born in the city of Plzen in what was then called Czechoslovakia. She won her first ITF doubles title in 2003.

She was a member of the Czech team which won the Fed Cup 2012.

She won a mixed doubles title with Belarusian player Max Mirnyi at the 2013 U.S. Open.

Andrea Hlavackova Is A Member Of