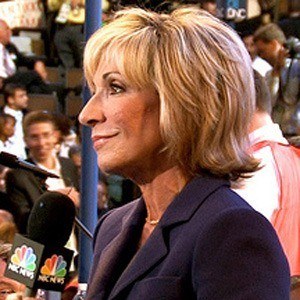 TV journalist, anchor and reporter best known for her work with NBC News.

She graduated from the University of Pennsylvania in 1967, where she obtained her degree in English Literature.

She served as the Chief Foreign Affairs Correspondent for NBC News in November 1994.

She married economist Alan Greenspan in 1997.

She once worked with TV host Brian Williams on various NBC productions.

Andrea Mitchell Is A Member Of