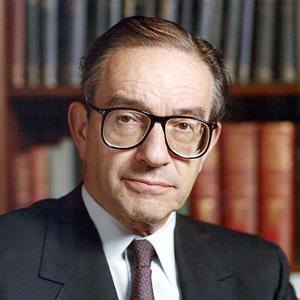 American economist who served as Chairman of the Federal Reserve of the United States from 1987 to 2006. His memoir, entitled, The Age of Turbulence: Adventures in a New World, was published in 2007.

Many modern economist believe that the easy-money policies that he promoted during his tenure as Chairman of the Federal Reserve was a leading cause of the subprime mortgage crisis that rocked the economy in 2008.

His parents were Herbert Greenspan and Rose Goldsmith. In 1997, he married Andrea Mitchell.

He was first appointed Federal Reserve chairman by President Ronald Reagan in August 1987.

Alan Greenspan Is A Member Of