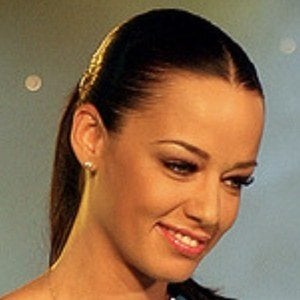 Model and TV show host, style icon and ambassador. She also starred in the series Effect 30.

She started off as a model having won first place in Elite Model Look.

She is a promoter of staying healthy where she wrote a book called Eat and Good Recipes!

She is from Bucharest, Romania.

She won an award for Digital Diva of the Year in 2013 when Alina Ceusan won for People's Choice.

Andreea Raicu Is A Member Of