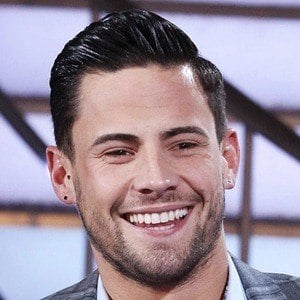 Reality television personality notable for competing on both The Apprentice (UK) and Celebrity Big Brother. In 2018, he appeared on Love Island.

Before becoming a television personality, he already worked as a project engineer in the aerospace industry.

His grandfather was a coal miner. He would reside in Cheshire, England. He was engaged to his Love Island co-star Caroline Flack.

He was featured on Celebrity Big Brother series 21 alongside Amanda Barrie.

Andrew Brady Is A Member Of