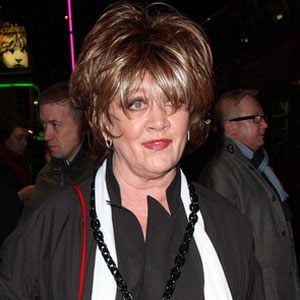 Best known for her role as Alma Sedgewick on the popular British soap opera Coronation Street, this English actress also appeared in several episodes of the BBC's Doctors and ITV's Bad Girls. Also a stage actress, she performed in British productions of Cinderella and Jack and the Beanstalk.

After training at the Bristol Old Vic Theatre School, she acted in the 1963 and 1964 editions of the popular Carry On comedy films.

In the late 1970s, she had a guest star role on the popular series Are You Being Served?

She was born Shirley Anne Broadbent in Lancashire, England. For more than a decade, she was married to actor and director Robin Hunter.

She and Helen Worth both appeared on Coronation Street during the 1980s.

Amanda Barrie Is A Member Of