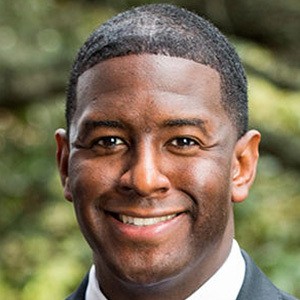 Progressive politician who became the Democratic nominee for Governor of Florida in 2018 before losing to Republican Ron DeSantis in a closely fought battle. He began serving as the mayor of Tallahassee in 2014.

He became the youngest ever elected to the Tallahassee City Commission at age 23.

The Washington Post's political blog The Fix named him to its 40 Under 40 list in 2014.

He married his college sweetheart R. Jai Howard in 2009. Their twins Caroline and Jackson were born in 2014 and their son Davis was born in 2017.

Andrew Gillum Is A Member Of