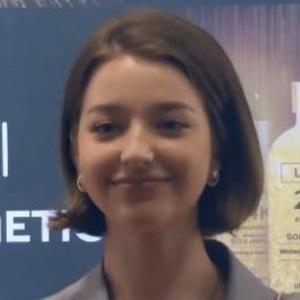 Social media and television personality featured on the South Korean reality television program Babel 250. She is also a musician, model and actress.

She studied interior design in college.

She is a talented ukulele player and is seen playing instrumental covers with the instrument on her YouTube channel. Her personal and professional life seen on her Instagram account earned her 1.2 million followers.

She was born in Saint Petersburg, Russia and would move to South Korea.

She was featured in a music video for the song "Eyescream" by Hanhae, featuring Jung Eun-ji.

Angelina Danilova Is A Member Of