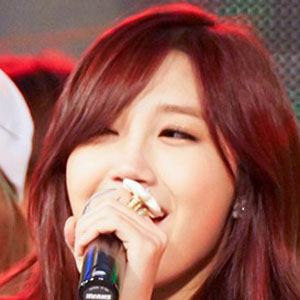 South Korean singer and dancer known as the lead vocalist for the girl group A Pink and for her performance on the hit TV series Reply 1997.

She wanted to be a detective and vocal trainer before pursuing a music career of her own. She trained for only two months before debuting with A Pink.

She was born in Haeundae, Busan, South Korea and raised alongside her younger brother Jung Min-ki.

She and Son Na-eun are both members of A Pink.

Jung Eun-ji Is A Member Of