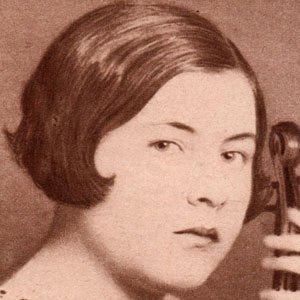 Classical musician whose musicality was praised for its "childlike simplicity, immediacy, and wonder," in the words of one expert.

She was a student at the Franz Liszt Academy of Music.

She was Jewish and was forced to flee Hungary when it joined the Axis powers during World War II.

She was married to critic and musicologist Aladar Toth from 1898 until 1968.

She frequently collaborated with Otto Klemperer during the 1950s.

Annie Fischer Is A Member Of