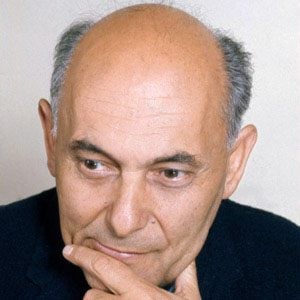 Remembered for his work with the Bavarian State Opera, the Frankfurt Opera, the Covent Garden Opera Company, and the Chicago Symphony Orchestra, this notable conductor produced a series of famous recordings of the operas in Richard Wagner's Ring Cycle. Also a pianist, he was the winner of the 1942 Geneva International Piano Competition.

He began his career as a vocal coach for the Hungarian State Opera. During the World War II years, this Hungarian-Jewish conductor escaped the Nazis by working as a pianist in Switzerland.

He conducted a 1994 London production of La traviata that launched the career of the Romanian soprano Angela Gheorghiu.

He married Hedwig Oeschli, the daughter of a Zürich University professor, in 1946.

Early in his career, he studied in Budapest with the Austrian-born composer Bela Bartok.

Georg Solti Is A Member Of